A must play Read our review 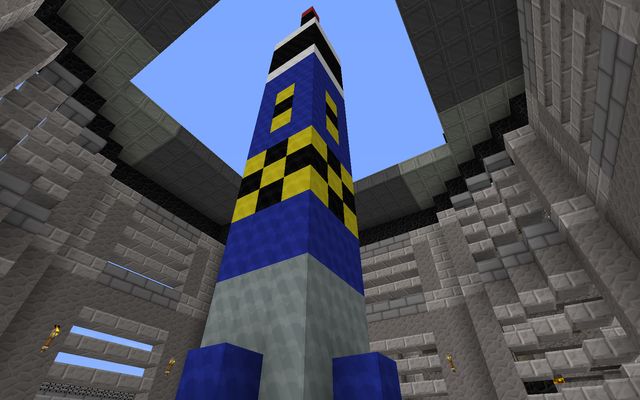 Voltz is a Minecraft mod pack created by the Technic guys featuring a number of mods that use the Universal Electricity API. This aims to standardise all power sources into a single API, allowing mods to communicate with each other. Voltz can generally be seen as a tech mod with a focus on high-tech PvP thanks to ICBM, allowing nuclear missiles to finally be launched in Minecraft.

Like Voltz? Play the GigaTech mod pack. Construct factories, work magic, go to space. So much to do along with classic mods like Industrial Craft 3, Buildcraft 3, Thaumcraft and much more!

Learn more about the mod pack

If you do not already have Java installed please make sure to go download the latest version from Oracle. You can get the Java JRE by clicking here.

From the drop-down menu you can now also choose to play Vanilla Minecraft and countless other amazing mod packs.

That's it! You have successfully installed Voltz and can now launch it.

Voltz is definitely a refreshing new mod pack for Minecraft. It is definitely another tech mod pack for Minecraft, though this time it does not include Industrial Craft 2. While playing Voltz, I did miss Industrial Craft 2, though, with its simplicity and very well balanced recipes. Mekanism serves as a replacement, though I found the tech tree in ti to be quite convuluted and difficult to master.

Probably the best part about Voltz is the inclusion of the ICBM mod. I found myself spending hours messing around with the missiles. While they are very difficult to craft, once you launch them it is quite a satisfying experience. For instance, to craft the Red Matter Missile you first have to construct a particle accelerator. If you are lucky, it will produce some Antimatter. The sheer amount of materials is mind-boggling. Granted, the missile does create something similar to a black hole that sucks up everything in its path, creating a wonderful spectacle in front of you that you don't wish to have in your base.

Above all, the multiplayer experience is probably one of the best in Minecraft. Nothing is more fun than launching a missile at somebody else's base. It is an arms race as soon you join the world with your friends, which you can only win with the bigger guns.

Voltz is quite a fun mod pack to play, though there there are some essentials mods missing from the game, that serve as a major annoyance to the player, such as RedPower.